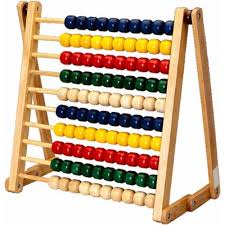 Two interesting articles recently on the role of ‘CFO’s (A ‘Times’ supplement) and a blog about how they can be seen as ‘weak’ if they decide to outsource some tasks (naturally from a supplier of accountancy services). Both raise interesting issues.

By supporting business owners and FD’s on specialist tasks (mainly funding, banker or investor relations issues) I have experience of both sides. I naturally have an interest (and thus huge respect!) for FD’s who put their hand up and ask for external help on a task. I also encounter FD’s who are resistant, but that is usually because the decision has been made for them (by other members of the Exec Team) and they perceive they are being criticised for not having sorted an issue out themselves. So, it is an issue for the whole management team really.

Behind all this is that the role of the CFO/FD has rapidly evolved. It is no longer about looking after the finances and the finance team. The change has come from:

Therefore, CFO’s/FD’s are no longer ‘guardians of the figures from the past’ but are now heavily involved in ‘orchestrating the future’.

It should be no surprise that an increasing number of CEO’s in larger corporates are coming up through the CFO route.

When a role develops like this it requires new skills, and something ‘has to give’.

In Q4 last year I was called in by an FD of a growth business to source funding in a difficult scenario. I cannot tell you how long she had already spent in trying to source funding herself, starting with their own bank, then talking to other banks, then approaching the ‘second and third tier’ lenders who are active in this market. The proposition wasn’t presented as a lender needed it to be (it was well presented as an FD would present it) and a scatter-gun approach led to a long list of lenders who looked at it and declined it without really understanding the opportunity there for them.

My first and primary task was to present to the FD (and then the Board) how a lender would look at the business and how certain negative conclusions would need to be overcome. Then we worked jointly on a presentation (a ‘Lender’ version of an ‘Investor Memorandum’) and then we worked together to approach more appropriate lenders and eventually source funding.

All this saved time and got a result. Time of course could have been saved earlier, but this was an FD whose Board expected more of her at that time and who gained respect (mine and the Board’s) for seeking specialist external help with this task.