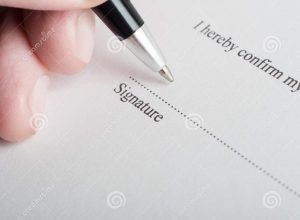 When banks or other specialist lenders agree a loan they issue a series of documents, typically an ‘Offer Letter’, which as the process follows through, forms the basis of a ‘Facility Letter’ and then there will be legal documents to sign if security is involved in the loan. These documents are often full of ‘legalese’ and jargon – and in most cases the loan is needed in some hurry and borrowers can feel under pressure to get these formalities sorted, to get access to funds.

The nature of these papers is that they have evolved over time and mainly in favour of the lender. Every time there is a significant Court judgement that goes against the bank, the lawyers will amend or add a clause to cover them from such an event happening again. Lenders tend to learn from each other too so there becomes a standardisation of wording, so one lender’s documents would be understood by another banker. However, most borrowers will not have seen these wordings before. Some will just sign them (“They’re standard bank forms, surely”), some may go to the lengths of consulting a lawyer, but the financial aspects of these forms can dominate so an accountant may seem more appropriate. However, there is heavy legal content also.

Examples of such situations are two cases where I’ve just helped clients in very different circumstances:

The first is a long-standing corporate client, who was negotiating a £25m ‘Revolving Credit Facility’ (RCF) with one of their two bankers. This can be a complex type of facility and the documentation contained bank dictated terms for issues such as:

In this case my client was a very capable CFO, but someone who valued ‘a second pair of eyes’ and also knew that this would help get the necessary Board approval.

The second case was to help a client who was buying a commercial property but where an over-cautious valuer had helped create a position where the bank’s offer of funding was reduced and created a last-minute shortfall. Helpfully the vendor agreed to ‘Loan’ the balance to the client for a year, by which time it should be possible to refinance. This arrangement involved a Loan Agreement but also some relatively ‘heavy’ Security documents, including a Mortgage Debenture. The client was agreeable to the terms of the loan but reticent about signing papers until he fully understood them.

Mortgage Debenture documents in themselves are relatively complex and they provide the lender with substantial powers in the event of default, including the capability to appoint a Receiver to take over control of the company. They are not to be entered into lightly, although they often are (not least because independent legal advice – ILO- is not a requirement at the moment).

In both these cases I was able to help the clients gain confidence in going forward, and in both cases continued negotiations with the lenders led to an improvement in the terms of the final facility.