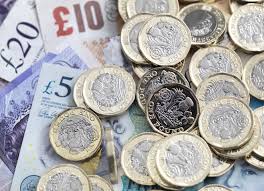 There is a lot of concern for businesses in the current ‘Lock Down’ and particularly those smaller operations which rely on consumers spending day to day money; pubs, restaurants, gym’s etc.

Personally, I’m more concerned for UK Plc if those businesses fail rather than the large Corporates, such as airlines. These have more capability to rise from the flames again with corporate borrowing powers to restore their financial health (assuming they can present a robust business model of course). They may also have failed to build reserves through dividend policies.

The ‘smaller guy’ has invested so much in their business and, in reality, given the last few years, has lived on slim pickings for a while, preventing them from building up reserves. Those businesses could fail within days.

Many of us in the world of commercial finance have shuddered at the thought of the Government’s rescue package being routed through the banks as a replacement of the EFG scheme. It will not get out to where it is needed anywhere near quick enough and many firms would ‘die trying’. Of most concern is the eligibility criteria that the business should be ‘viable’ – far too subjective and not wise to leave such a ruling to be left to a bank underwriter (although I promise them we love them and I was one once!).

I can also imagine discussions going on behind closed doors in the banks about them not wanting to be involved in such a scheme. It will add to their costs significantly, stop them from doing more productive support and they are bound to get flack for whatever decisions they make

The more I think about this the more I like the idea hidden away in an article yesterday by Patrick Hosking, Financial Editor of The Times. He floated the idea of a ‘refund’ of past Corporation Tax paid. This would of course be expensive but has merits:

Decisions would need to be made about how many years to go back, how to reflect variations in trading and what percentage to pay back etc.