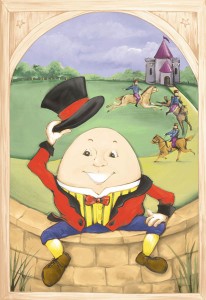 Fewer businesses now rely on an overdraft facility from their bank – the reason being a combination of banks being less inclined to offer them (regulatory and cost reasons) and business owners wanting to be less reliant on the bank.

However many DO, and where it works for them it is a lifeline in times like this. However….

Overdrafts are renewable annually. Typically the bank will get in touch and say that your facility is due for review next month/next week or even ‘we should have reviewed it last week’. They ask for information which businesses have to pull together in a hurry and the banks go through the credit underwriting process to get the overdraft renewed, or not.

I’ve spoken to several businesses this week who have an overdraft and know that they are going to have to use it in the coming months. But none of them knew when their renewal date was.

I’d suggest that this is the year that you get on the front foot. Find out when it is due for renewal and give yourself a couple of months to start pulling together some information to justify to the bank why you need it, what you will do with it and get it extended to avoid the risk of it being curtailed – and to give you that peace of mind