Many trading businesses a 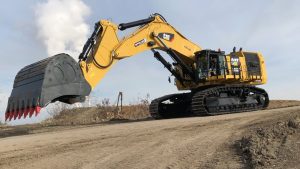 re finding that with the decline in the availability of bank overdraft facilities, they are having to use other forms of finance to ‘oil the wheels’ of transactions where the ‘terms of trade’ make cashflow a challenge.

A priority client for ‘Cornmill Associates’ found this was the case when they secured a signficant contract to source, for a Middle Eastern client, a used CAT 6015, a huge hunk of a beast. Firstly however they had to buy one that was available, but stood up in a Mine in Norway. The transaction involved it being dismantled, transported on several lorries to the port in Bergen, Norway, shipped to Immingham in the UK, transported again by lorry to Southampton, then shipped to Jordan. All this took time and a signficant outlay before the client was going to be paid.

The solution to this was ‘Trade Finance’ and we used a very well-established and reliable company called ‘Synergy In Trade’ for this. This shows the power of making contacts and building networks, because my first contact with Synergy’ was over eight years ago and I hadn’t spoken to them since! They were quick to move however, and guided us through the very technical aspects of discounting a Letter of Credit from a company in Jordan, using the services of a London based Jordanian Bank.

Pretty much every hitch you could imagine went wrong with the logistics of this deal; high winds prevented a crane from being used for its dismantling, it missed the boat and then paperwork issued by the shippers fell short of the lenders requirements. However, we got there and a nicely profitable deal for the client was funded throughout. Now to the next one…